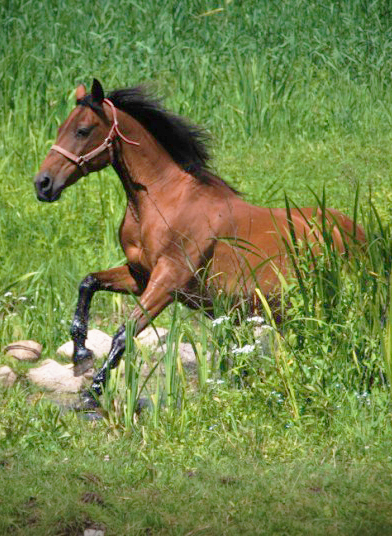 Manor House “ Pentowo” and attached lands are in possession of the Toczylowski family since 1875. The House was built in 1904 on the foundations of the previous one, which was accidently burned to ashes before 1900 year. Name “ Pentowo” is because in XVI century, when the Polish King Zygmunt August II was in possession of the Castle in Tykocin, they had great hordes of horses. Here in Pentowo they were keeping them, and tying their legs with rope – so they couldn’t run away. This practice is called in polish – pętanie , and the rope itself it’s called Pęto. From here, the name was created Pentowo.

Through years Pentowo was very strongly connected with the horses – they were always there.
Different breeds for different usage, but horses never left Pentowo. Right now our horses are used more to pleasure rather than a hard work.

Currently we have in our stable 9 Horses.